skip to main | skip to sidebar

I am so behind on blogging but I want to blog about the boys 7 Months before I forget! They are both sitting up so good now. They rarely fall and if they do they just roll around the room which is funny to see where they end up. They are still eating 5 bottles a day and eating three times a day with solids. They still take three naps. The first one is about 2 hours or more. Second one is 1 1/2 and third is another two hours. I tried getting them to stay up longer between naps and shorten the last nap but that didn't work out so well... they just love their sleep too much which I am in no way complaining about :). Ever since the sun has been rising earlier they are waking earlier. They now wake up between 6 - 630. I tried everything to get them to wake up at seven again but nothing worked so I am just going to accept that they are early risers. They have started talking to each other which is really kind of funny. Sometimes I just leave them in their room together and you just hear dadad mamamama back and forth. They love the water, going on walks, swinging, and basically anything out doors. 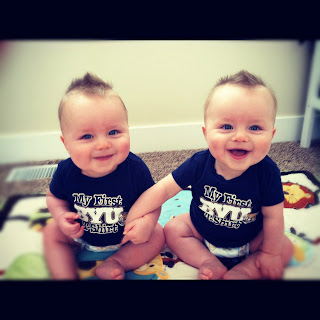 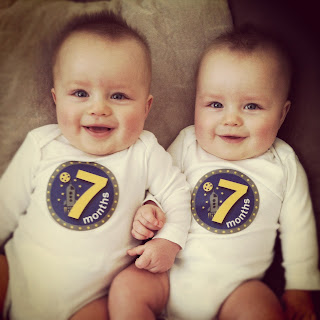 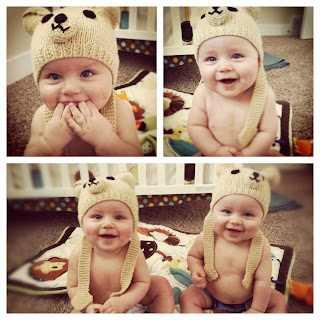 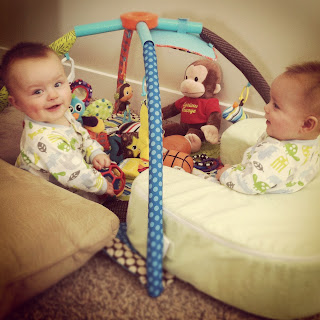 Porter still gets a kick out of his brother he thinks Tate is just so funny. Porters first word is Dada which fits perfectly because he is a daddys boy. He hates the car seat still but is getting better and better each day. I keep thinking he is my feisty one but seriously every day is changes. One day he is a angel while tate is the trouble maker then the next day its opposite. They just like to keep me guessing :). 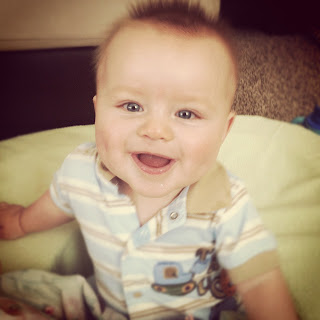 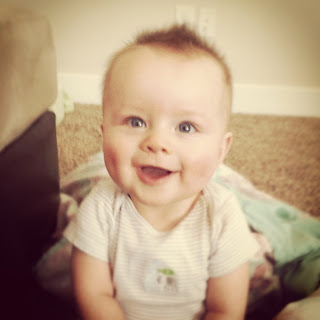 Tate is rolling around like crazy in his crib. He is our little mover. He also has started scooting backwards which im hoping does not mean he is going to be crawling soon, I love that their not mobile yet ha ha. His first word was Mama which is great cause he is a mama's boy. 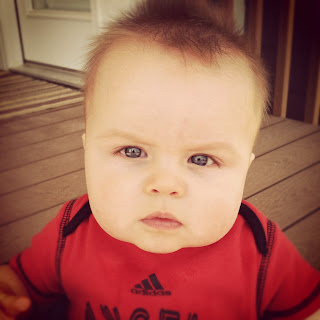 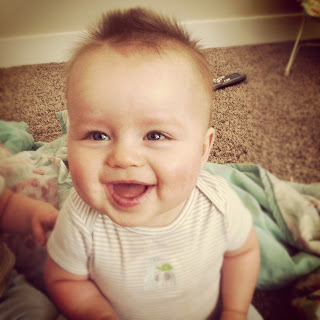 and here is a video of them dancing :) I think its sooo funny i seriously have no idea why they dance like this and its only to my singing, I must shake my head while I sing or something ha ha 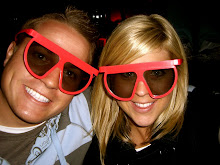